Here we explore what turmeric is and how it differs from curcumin. Hopefully this will give you a better understanding so you can make more informed choices about your health and well being.

Rushing off to work and need a quick summary? Feel free to skip ahead!

Most of us are very familiar with turmeric root, the rhizome of the Curcuma longa plant. Fresh turmeric root can be purchased from most supermarkets and farmers markets. It comes from the same family as ginger, which is why they look so similar.

Turmeric has been cultivated in East India for many thousands of years and is a major part of the Indian culture. It is used in cooking, as a dye for clothing and is commonly prescribed by doctors of the ancient Indian medicine known as Ayurveda.

Turmeric has since found its way into the Western world where even celebrities are familiar with the benefits. Gwyneth Paltrow has been drinking turmeric brews for many years, while Victoria Beckham adds turmeric to her Aloe vera gel. Sir Michael Caine is another great example, who says he learned the benefits of turmeric from his wife Shakira Caine, who is of Kashmiri heritage.

The most important thing to understand about turmeric is that it is a whole food. So turmeric powder is therefore the whole turmeric root, ground into a powder. Much like if you had ginger root and ground that into powder.

This image shows this a little bit more clearly:

As you can see, there are a lot of different constituents in turmeric. So what about curcumin, where does that fit in? Well curcumin is one of the actives found in turmeric, but it only comprises a small percentage of turmeric. There is actually more volatile oils (turmerones) in turmeric than there is curcumin. In any case, let’s take a closer look at curcumin.

Curcumin differs significantly from turmeric. It gets a little complicated when you get down to the details, but essentially curcumin is the part of turmeric that gives turmeric its yellow colour. In other words, curcumin is an extract of turmeric. Generally speaking, turmeric contains 2 – 8% curcumin, depending on how, where and when it is grown. Most of the research you will see is actually on curcumin, not turmeric. This is discussed more below.

In a nut shell, turmeric is the whole root while curcumin is an extract of turmeric. Now there is still a lot more to the story, so if you’d like to have a better understanding, keep reading!

Technically speaking, there are 3 “curcumin” compounds that make up the curcuminoids in turmeric. These are as follows:

Of the 3 different curcuminoids, curcumin has had the most research and is the most abundant form of curcumin naturally found in turmeric. However, there are plenty of studies where curcumin complexes have been shown to produce potential health benefits https://www.ncbi.nlm.nih.gov/pmc/articles/PMC5388087/

Its very important to understand that curcumin is really just a small part of a bigger picture. If you’re taking curcumin rather than turmeric, then you are really missing out on the true healing power of turmeric. When it comes to turmeric (and all plants), there are literally hundreds, if not thousands, of biologically active compounds contained within the turmeric root.

What is really interesting is that these different actives contained within turmeric can be synergistic. In other words, they work together to create an effect that they cannot achieve by themselves. This is why there is the saying “The whole is greater than the sum of its parts”.

The basic point to understand is that curcumin can never replace the effect of hundreds and possibly thousands, of actives found in turmeric.

Having said that, there are rare times when you may need something stronger. If you’re taking a lot of turmeric capsules and not getting a strong effect, you may need to take curcumin simultaneously or there could be other factors like diet or lifestyle choices (smoking, high refined sugar intake, etc).

In short, turmeric is almost always better than curcumin. Its easy to be distracted by hype and marketing, but save your money and go for the cheaper option. One thing you should note though, is that not all whole turmeric powder is the same. Some companies add flow agents and fillers, while very unethical companies will actually dilute the turmeric powder with flour or use lead based containers to store the product.

How can you know that the turmeric you’re getting is good quality? At the very least, start with certified organic turmeric. Then, call the company and ask them about their product. Do they have independent test results that show their product is of the highest quality? No? Don’t buy it.

Didn’t have time to read the whole article? Here is a summary:

3 responses to “Turmeric vs Curcumin: Is There A Difference?” 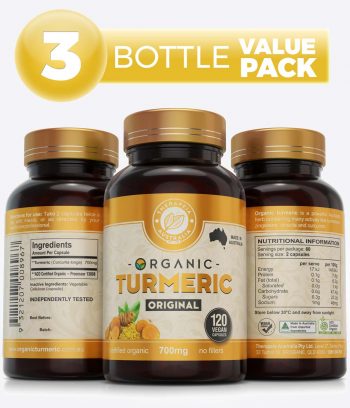 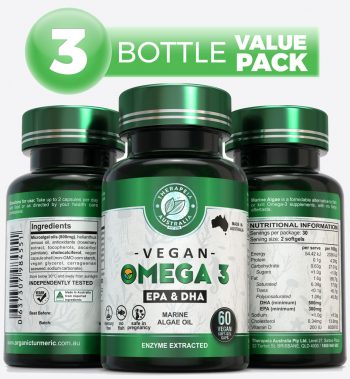 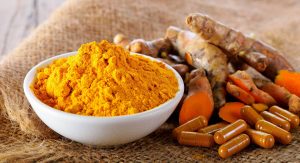 Have you ever wondered whether you should purchase a curcumin extract or plain turmeric powder in capsules? Here are a few reasons that may help you make the … 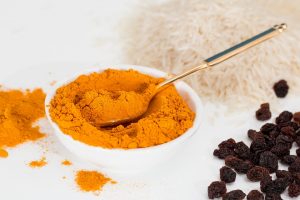